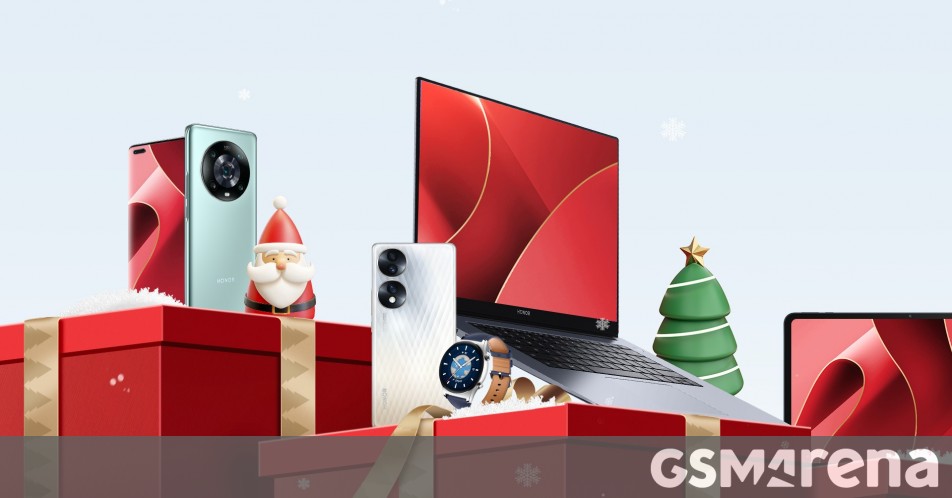 Amazon UK discounts Honor 70 and Magic4 Pro, offers deals on a tablet and laptop too

How about a new smartphone with great cameras so you can take pictures while on vacation? Amazon UK has discounts on two Honor models that will help you capture memories during the festivities. There’s also a 12-inch tablet you can binge show on, as well as a laptop for some light gaming (or, you know, work).

When we reviewed this phone earlier this year, we were quite pleased with the image quality of its 32MP selfie camera. The 4,800mAh battery achieved a 100-hour endurance rating in our tests and was quick to charge—0-71% in 30 minutes, 0-100% in 50 minutes.

Honor Magic4 Pro is the company’s current flagship (the Ultimate version is not available in the West and doesn’t add much anyway). It costs nearly twice the price of the Honor 70, but brings the flagship Snapdragon 8 Gen 1 chipset and switches to a LTPO (1-120Hz Variable Refresh Rate) display panel with increased pixel density (460ppi vs. 395ppi). It also has toughened glass and an IP68 rating (the Honor 70 lacks basic protection).

The Honor Earbuds 3 Pro deliver high quality sound and it can do it loud as well. The 11mm driver and piezoelectric tweeter provide punchy base and clear treble. Honor also is the convenience and comfort. Active noise cancellation is a good thing, even if the auto mode gets it wrong sometimes. Overall, we were quite impressed with the buds when they cost £170, and now they look even better with a £61 discount.

Most Android tablets are between 8 inches and 10 inches in size, but whether you’re streaming video or reviewing documents, bigger is better. The Honor Pad 8 is an affordable 12-inch with an IPS LCD display of 2000 x 1200 pixels. The Snapdragon 680 chipset isn’t terribly powerful, but this isn’t a gaming tablet anyway. You get the Widevine L1 so it can play Netflix and YouTube in 1080p and there are a total of eight speakers for great sound.