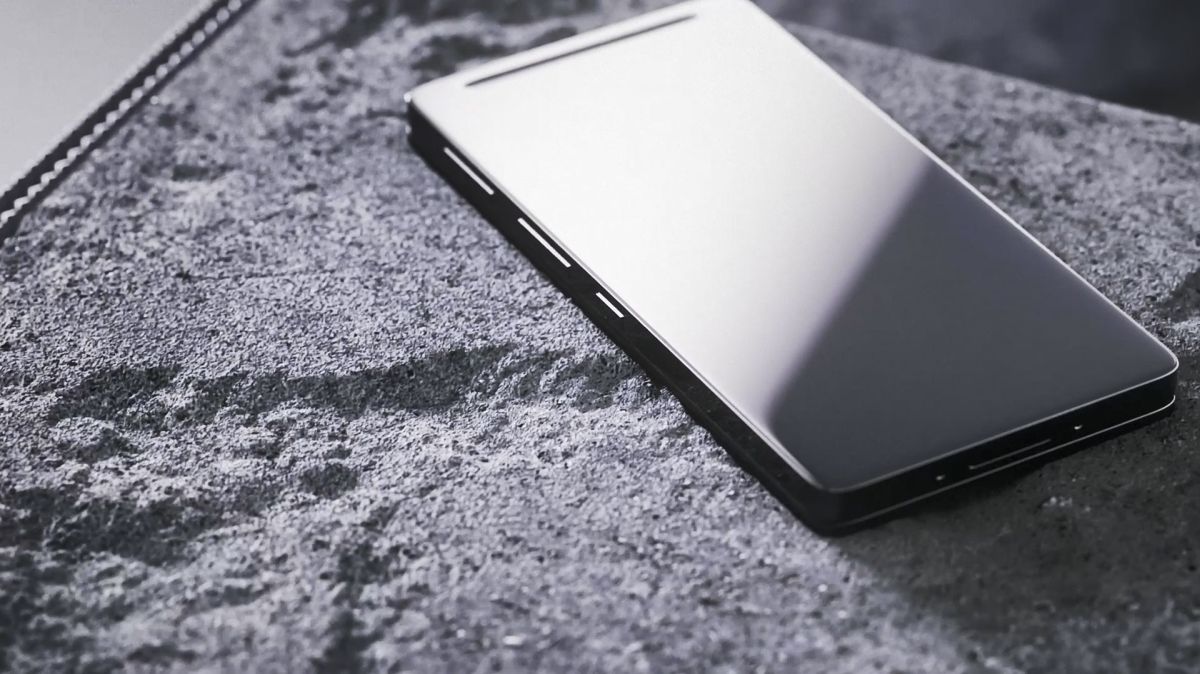 If you want to know why Corning made Gorilla Glass Victus 2, the new tempered glass cover the company unveiled today, you can thank (or blame) your big, fat phone.

Corning VP and General Manager of Gorilla Glass David R. Velasquez told me this week that modern smartphones are now packed with more technology (better cameras, more sensors, bigger batteries) and are heavier and denser than the phones Corning was originally testing.

Now the norm is 200 grams. That’s still shy of some of the weight of the newer phones, but the weight isn’t the only part of Corning’s testing methodology that’s changed, and more importantly, Gorilla Glass isn’t the same either.

Victus 2 is a new glass combination of Gorilla Glass. When we asked about specific details, Velazquez confirmed that it’s different from the original Victus, which was introduced two years ago, but added, “It’s better, that’s as much detail as possible.”

The result is a thinner glass that can withstand scratches equally well but provides better shatterproof performance.

Corning, however, changed its testing methodology. After years of dropping thousands of phones from heights of 1m and 2m onto asphalt surfaces (sandpaper representing the roughness of the surface with metal underneath), Corning has added imitation concrete. I think they finally realized that we drop as many phones on the sidewalk as we do on the street.

Using “concrete” Corning Gorilla Glass Victus 2 tests at 1m and still using “asphalt” for 2m tests. The difference is not so much hardness as the roughness of the surfaces. To clarify, Corning sent me a sheet of paper embedded with two squares of coarse sandpaper designed to simulate both surfaces. The “concrete” type is noticeably rougher to the touch.

It’s not just the bigger phones that make Corning’s job more difficult. Velasquez reminded me that there was a time when protecting glass screens was relatively easier.

“In the old days, before there were shaped glass panes, most of the design work revolved around what the frame would be for the phones. The iPhone 4 was the first time that glass was lifted, which is a big change and makes it more likely to break.”

These days, phones like the Samsung Galaxy S22 Ultra, Google Pixel 7 Pro, and iPhone 14 Pro seem to be made almost entirely of glass. I think Corning knows how to make a phone that may never break, but the collaboration between the cover glass company and phone manufacturer doesn’t quite work that way.

OEMs come to us a lot [and say]That’s what we’re calling 3 or 5 years from now. Can you do this in glass, if so, what are the design considerations? Velasquez explained.

What follows are talks and even some tweaks to the particles and how they are designed to strengthen glass.

Velasquez was quick to add that phone manufacturers don’t get custom glass products. However, understanding which direction phone manufacturers are taking could influence what types of glass (maybe even the Victus 2) Corning produces now and in the future.

While Gorilla Glass Victus 2 is stronger than Victus 1, Corning has no control over how phone manufacturers use it.

“Most phone companies take that much better glass, and make it thinner. Phones can never be thin enough, or make a more robust design,” Velazquez said.

Can you fold it?

Speaking of aggressive designs, I had to ask about the bendable glass. Corning doesn’t have a bendable product right now, but the future will be a different story.

Velasquez confirmed that Corning is having a “deep discussion with all the big clients about where they’re going. Some are further away than others.”

The company expects it to launch in the next two years, but couldn’t share much about its plans. Still, Velazquez says Corning is very excited about bendable glass.

“What’s really great about partnering with clients in enabling bendable designs, is that it’s really hard for glass to bend and touch itself. It’s one of the hardest problems you can imagine. Corning tends to excel where the problem is really hard. Our world likes to sink its teeth in.” in that “.

For now, though, Corning and its partners are rubbing their teeth against the nearly unbreakable and hard-to-scratch Gorilla Glass Victus 2. OEMs have the glass samples, and there are already some “additional designs going on.” Valesquez expects “announcements from some of our partners in the next three months.”

In the meantime, we are waiting for truly unbreakable smartphone glass. Corning is working on it, but Velasquez told me “Not there yet but we’re going to keep fighting that fight.”

If you’re looking for some phones that feature the current version of Corning’s Gorilla Glass Victus, there’s no better place to start than with our best phones of 2022.