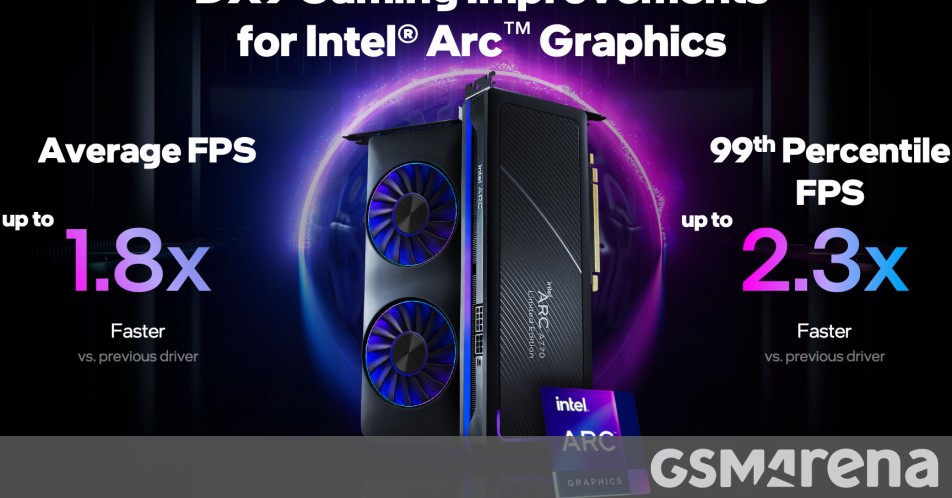 Intel has released a new driver update for its Arc-series desktop graphics cards. In order to address performance in DirectX 9 titles, the new driver delivers a 1.8x improvement across multiple addresses. 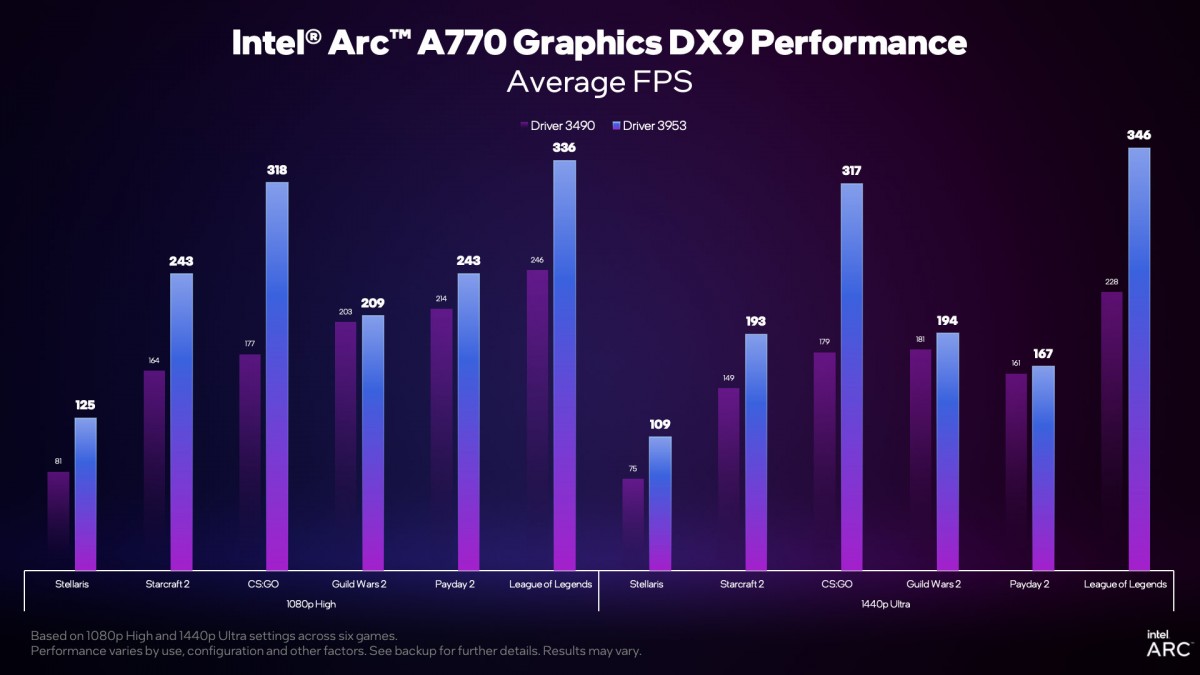 Particularly noteworthy here is CS: GO or Counter Strike: Global Offensive. Despite its age, CS:GO remains a massively popular title, with nearly a million players in the game at any given time. With the latest driver, average frame rates at 1080p increased by 1.79 times over the previous driver.

Most notable is the improvement in timeframe consistency. The low 99 or 1% frame rate percentile is improved by over 2x, resulting in a noticeably smoother gaming experience. 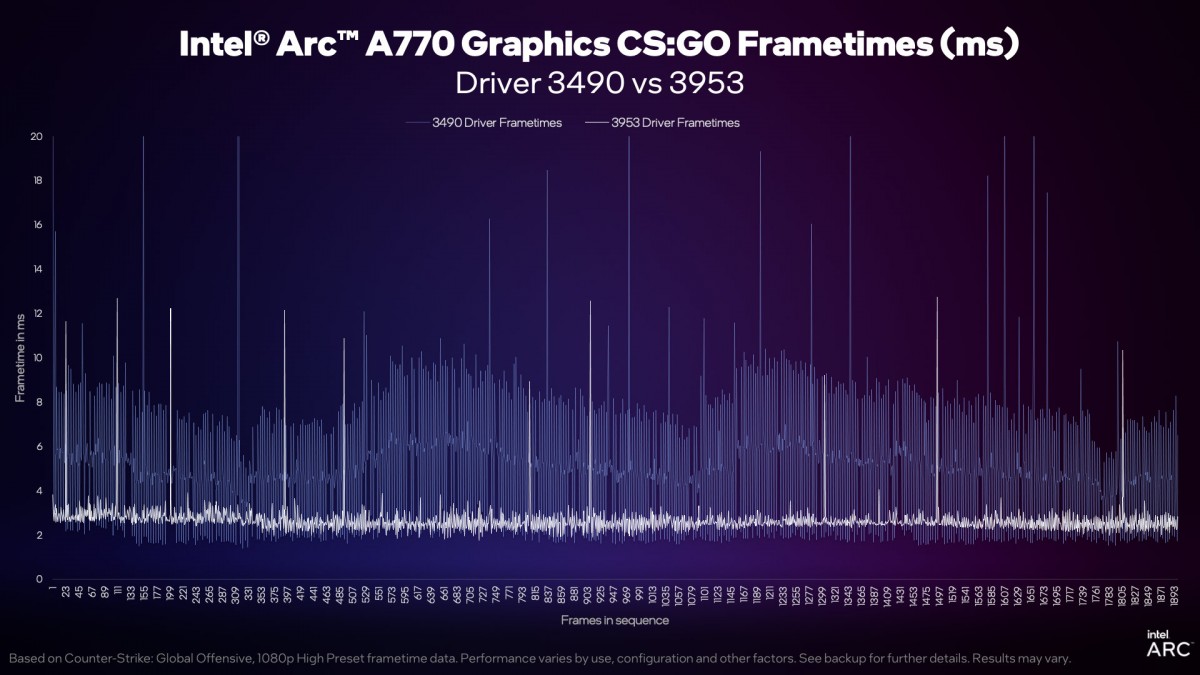 Other older but popular titles like League of Legends and Starcraft 2 also show an improvement of 1.36x and 1.48x at 1080p.

Optimized for modern APIs such as DirectX 12 and Vulkan, the Arc series of graphics cards have always struggled with legacy APIs, such as DX11, DX10, and DX9. One solution to this was to run these legacy APIs through DXVK, which is a translation layer based on Vulkan, which helps improve performance. It appears that Intel is using this translation layer to improve performance on older titles.