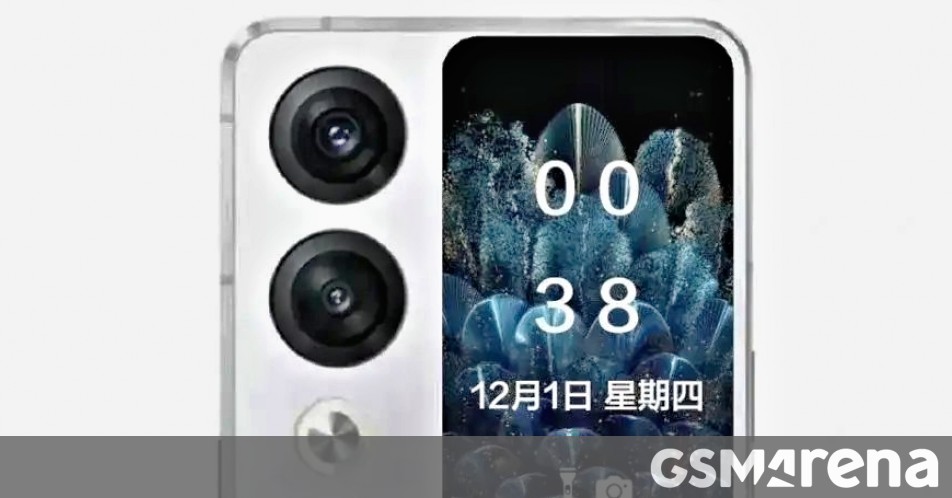 The Find N2 Flip was actually spotted in a hands-on live video a couple of days ago wearing a big, chunky case ahead of the release. Now we’re getting to see the phone’s sleek design a little better thanks to a render leaked on Weibo.

As far as rumors go now, we expect the Oppo Find B2 Flip to feature a 6.8-inch foldable display with a 32MP camera punch-hole inside and a seemingly massive 3.26-inch outer display. Rumors also suggested a Dimensity 9000+ chipset along with a fairly large 4,300mAh battery with 44W fast charging.

For cameras, the Find N2 Flip is expected to rock a 50MP Sony IMX766 main sensor and an 8MP Sony IMX355 ultrawide sensor. Rumors also claim that the phone will eventually be sold outside of China as well, which is exciting to hear.