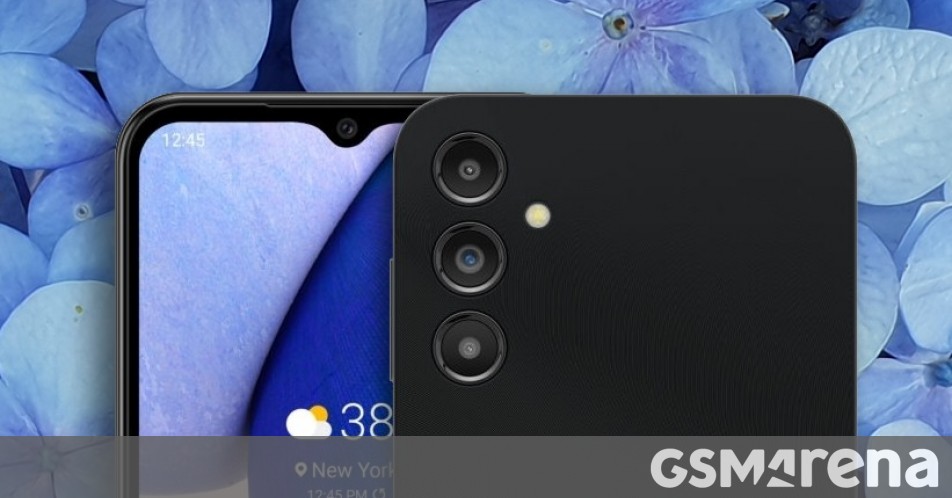 Samsung Galaxy A14 5G has appeared again, and this time it appears on the Google Play Console. The console confirmed some specs for the display, but most importantly it shows the chipset – Exynos 1330. 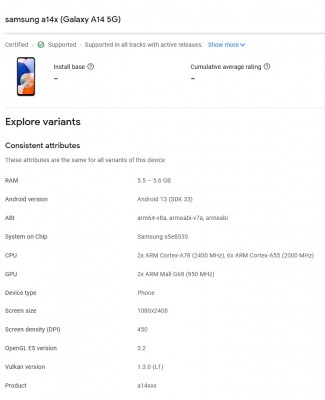 Why dimension 700? Based on the Geekbench results, at least some versions of the Galaxy A14 will be powered by a MediaTek chip instead of Samsung’s own. The Dimensity 700 is currently being offered on the Galaxy A13 5G, while the A13 4G uses the Exynos 850 (which only has an LTE modem).


Incidentally, the Exynos 1330 will likely be used with the Galaxy M15 5G as well, we’ve seen Geekbench results from that phone as well — and from the Exynos version of the A13 5G. Both versions of the A13 5G, as well as the M13 5G, have 4GB of RAM (there may be models with a higher capacity, just not tested).

Samsung is also preparing a more powerful Exynos 1380. From what we have heard one will be using Mali-G615 GPU based on the latest ARM graphics architecture.

Coming back to the phone itself, the Samsung Galaxy A14 5G will be quite large, featuring a 6.8-inch LCD screen (with FHD+ resolution, as confirmed by GPC). A leaked image revealed its design, showing a triple camera on the back starring a 50-megapixel main camera, in addition to a 13-megapixel selfie camera installed on the front. The phone will be equipped with a 5000 mAh battery. Samsung Galaxy A14 5G image has been leaked

The official support page for the Galaxy A14 5G went live a couple of days ago, and it’s usually one of the last steps before the official announcement. Series A tends to get a mass trailer towards the end of the year, so we should see a few other shows being released in the coming weeks as well.

We haven’t heard anything about a 4G version of the Galaxy A14 and there may not be one — the Exynos 1330 is supposed to be a replacement for the Exynos 850, so Samsung may be waving LTE goodbye.