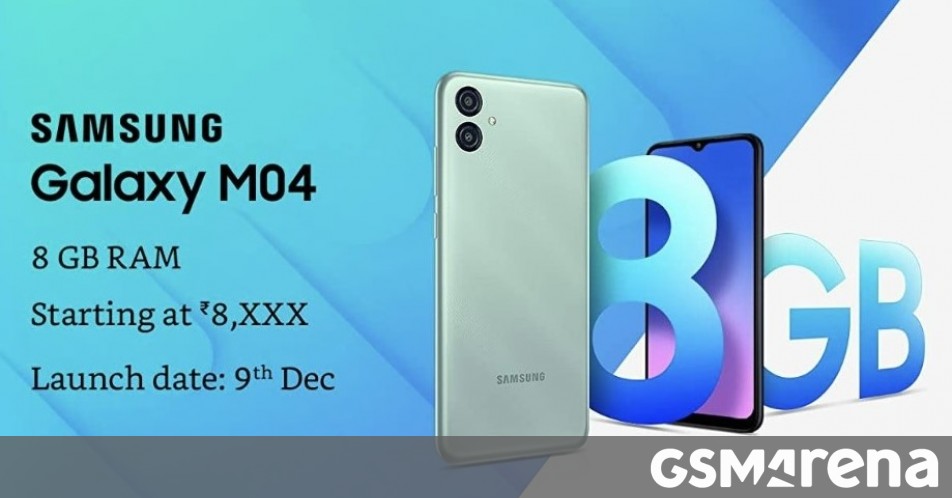 Samsung Galaxy M04 which we have been hearing about for a few months, will be launched on December 9 at noon local time in India. The revelation comes from Amazon.in since it has created a promotional page for the Galaxy M04 on its website with a ‘Notify Me’ button for those who want to be notified about the launch of the smartphone in India.

The promo page also reveals the Samsung Galaxy M04’s design, key specifications, and color options. The smartphone has a waterdrop notch display and dual cameras on the back. It will come in black and green colors with 128GB of storage.

Amazon does not disclose the actual amount of RAM, but it says that the Galaxy M04 will have up to 8GB of RAM with the RAM Plus feature. This means that the physical RAM will be 6GB or less, and the internal storage of the smartphone will be used as the default RAM to provide a total of 8GB of RAM to the users.

However, the Galaxy M04 will get two years of OS upgrades, but there is no official confirmation on whether it will run Android 12 or Android 13 out of the box. However, if Geekbench and Google Play Console are to be believed, you should expect Android 12 when you launch the smartphone. 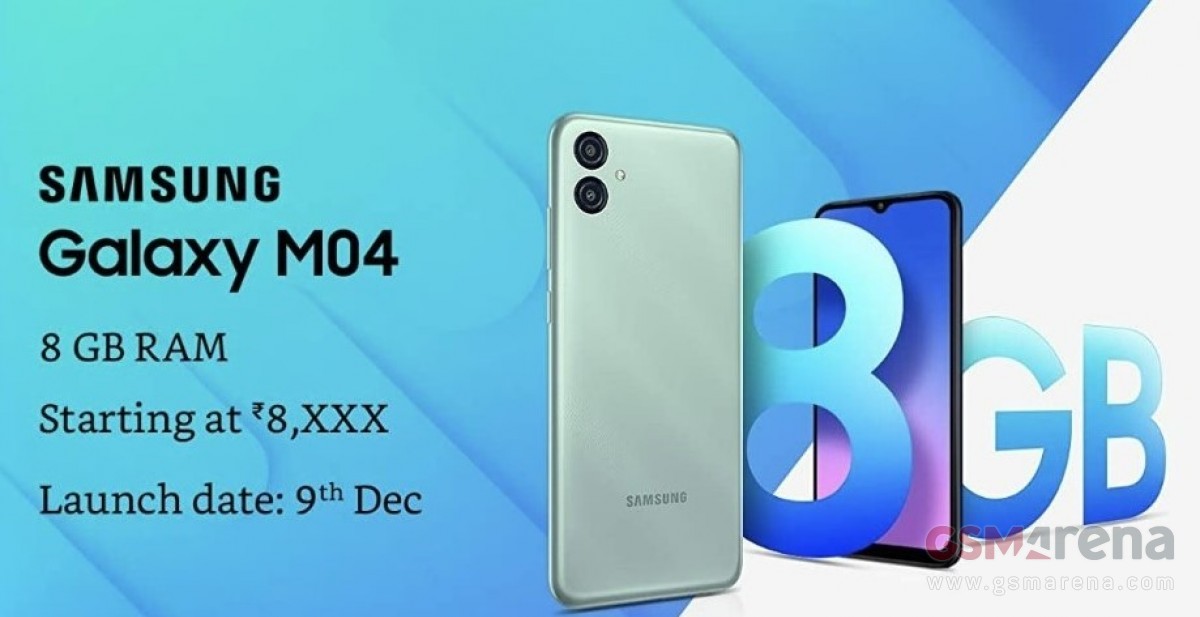 We will get to know more about the Samsung Galaxy M04 specifications, price, and availability in India on Friday.