The iQOO 11 launch has been rescheduled for December 8

Out of respect for Jiang Zemin, former general secretary of the Communist Party of China, Chinese companies have postponed festive events and product launches to give people time to grieve. This includes iQOO 11 and iQOO Neo7 SE, which were originally planned for December 2 (that is, today).

The launch of iQOO 11 has been rescheduled for December 8th as you can see from this image by iQOO Indonesia’s Instagram account. There is no separate job for Neo, but it should arrive at the same time. 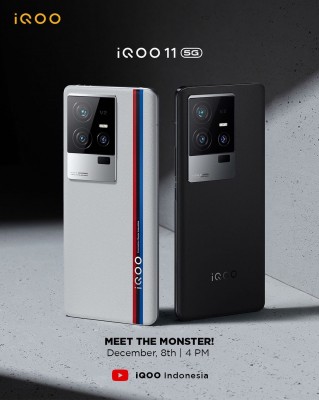 The launch of iQOO 11 has been rescheduled for December 8th

If you take a look at the Instagram post, you’ll see a response from Qualcomm — which is no coincidence, the iQOO 11 will be one of the first phones with the new Snapdragon 8 Gen 2. iQOO Neo7 SE is confirmed to use the Dimensity 8200 instead.

There is also a short teaser video that also refers to December 8:

Indonesia is not alone, of course, the reveal even in China has also been postponed to the eighth. The iQOO 11 and Neo7 SE are already listed on the vivo online store in China, but the links lead to teaser pages.